If you like to smoke pot on daily basis or even just tried for the first time the marihuana or some other drug substance it can be a problem when it comes to a drug testing. About a dozen US states have legalized pot, but even dough, federal laws are restricting the use of the drug in work, and you will be fired if you don’t pass the test.

There is a misconception about the pot staying in your system for about 6 months. It can be detected after a few months considering the test we take and how often we have used opiates in the last period. However, there is a way of beating every single type of test. The smart move would be to stay clean as much as we can, as soon as we find out about the testing. Unfortunately, testing won’t be announced a few months prior, you will have a week or so to get cleaned. To read more click here.

In 75% of drug tests performed is urine test, which makes it the most common. THC-COOH is pot metabolite that can be found in your urine sample and get you in trouble. You can borrow a clean sample from your friend if you can. The other solution is to get synthetic urine and send it to the lab as it was your own. It looks and smells the same. PH level and chemical components are like in a natural one. Even dough, there’s no perfect solution, so this one also has its flaws.

The problem with synthetic urine is that it must have the same temperature as it was in the human body, so between 94°F to 96°F. If it’s below 94°F or above 100°F, it won’t be accepted. That’s why this product contains thermometer and a warming pad or heat activator powder. The test can be unsupervised or supervised. In an unsupervised test, we fill the urine bottle behind the curtain. In a supervised test, lab attendant will observe us, so if we are brave enough we could take the fake urine in a special belt and release it in the bottle.

The second most common type of test is the hair follicle test. The employer can ask for this test if there is something suspicious with the urine test, or just to have more accurate results, because it will show pot traces inserted in the approximately last three months. It can detect THC, Cocaine, Meth, and other opiates metabolites. The most recent 1.5 inches of the hair will be taken from any part of the body for testing.

You can pass this test with a simple solution called hair detox shampoo. It depends on the shampoo quality if the drug metabolites will stay in the hair. The most effective one contains Propylene Glycol and it will remove every trace of a drug. To get the most of it, you should wash hair several times a week, and if the testing is too soon, you could even use it a few times a day.

This test is not so often prescribed in the United States as in Europe, but if you get an appointment, the good news is that it’s the easiest one to beat. The saliva sample is taken with a cotton swab from your mouth, between the cheek and gums, to be precise. It takes only about ten minutes to get the results and is usually chosen because of its small cost.

If you haven’t smoked pot for a week or more, then you don’t need to use any substance to help you pass. In other cases, you can get clean with a mouthwash that masks the drug toxins. It takes only 30 seconds to neutralize the saliva. Never the less you shouldn’t smoke 24-48 h prior to the testing and drink a lot of water.

This test doesn’t look for drug metabolites, contrary, it searches for the main compound, for example, THC. The relieving fact about it is that it’s effective for only a short period of time. If you’re an occasional smoker or just tried for a few time, the drug will be out of your blood in a couple of days. For a longer term smoker, that period would be more like a week. Just to be sure, you should stop smoking and undergo a detox treatment.

You can find many kinds of detox drinks and pills, and if you are not sure in their effectiveness, the safest way is to consume it at least five days before the test. In addition to this, you should eat healthy food that’s rich with fiber, drink a lot of water and exercise regularly. High-quality detox pills can cost a lot of money, but in a long run, if you want to permanently quit the opiates and thoroughly clean your body, it can be extremely helpful in speeding up the process.

There are many commercials about teas and home remedies that can help in drug tests. All dough they are probably healthy and won’t harm you digesting it, there are still no proofs for these claims. The only method that could be taken into a consideration is fruit pectin. Even if it’s scientifically unsupported and highly unreliable, there are rumors about its efficiency that gives this product a benefit of a doubt.

All in all, there are a lot of ways to pass the drug test. Some of them are just myths and others are truly helpful and we can freely say a job saver. The one that hasn’t been discussed in this topic was natural detox. It takes up to four weeks, to naturally release toxins out of our system. We probably won’t have that luxury when it comes to time for testing preparation, so for this method supporters, a month out of the opiates should start right away. 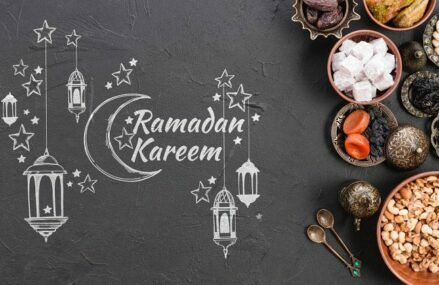